On July 27th, 2022, the celebration of thank you borscht took place. It was jointly organized by the Jewish Community and the German-Ukrainian Association of Ukrainians in Karlsruhe to thank all the people and organizations who have helped the Ukrainian refugees in Karlsruhe all these months since the beginning of the Russian war of aggression against the Ukrainian people.

The day before, people were busy cooking and baking in the kitchen of the Jewish community, the synagogue in Karlsruhe. There was the famous Ukrainian borscht, which was only recently recognized as a UNESCO World Heritage, for all around 300 guests: as a vegetarian variant or with mushrooms, with meat, with traditional garlic rolls and sour cream. Star chef Evgen Klopotenko shared his insider tips for borscht in a video message (Ukrainian; German subtitles).

There was a program with numerous performances by members of the Jewish community and the Ukrainian Association in Karlsruhe. There was also singing and a diverse children’s program was shown so that everyone could take something away from it.

For young and old, the get-together was obviously very nice for everyone. The evening was characterized by an atmosphere of solidarity and compassion. In stark contrast to the Russian propaganda that Ukrainians are allegedly Nazis, here were united people from the Jewish people who experienced the horror of the Holocaust decades ago, from the Ukrainian people who are now experiencing the horror of the Russian war of extermination, and many others cordial people of all nationalities in the city of Karlsruhe. They all provided and are providing enormous help to alleviate the plight of the Ukrainian refugees.

It was a joyful evening, because a great crisis was overcome together. Almost 4,000 people from the Ukraine were admitted to Karlsruhe in a short time. They were fleeing from the Russian military. The recording was mastered as best it could, through all the difficulties, with the help of the countless volunteers and organizations who caught up on what the city of Karlsruhe could never have done on its own.

A mood of solidarity, gratitude and cohesion was in the air. And this cohesion is a valuable gift for all of us, something wonderful that was able to grow despite and thanks to the bad times.

Many thanks to you – everyone who made this kind of intercultural encounter possible, and of course those who were there!

In context, the Jewish Community of Karlsruhe has published this beautiful video:
Thank you borscht in the Jewish community 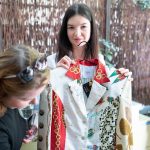 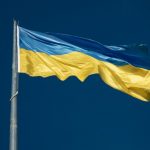 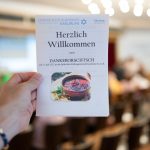 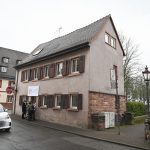